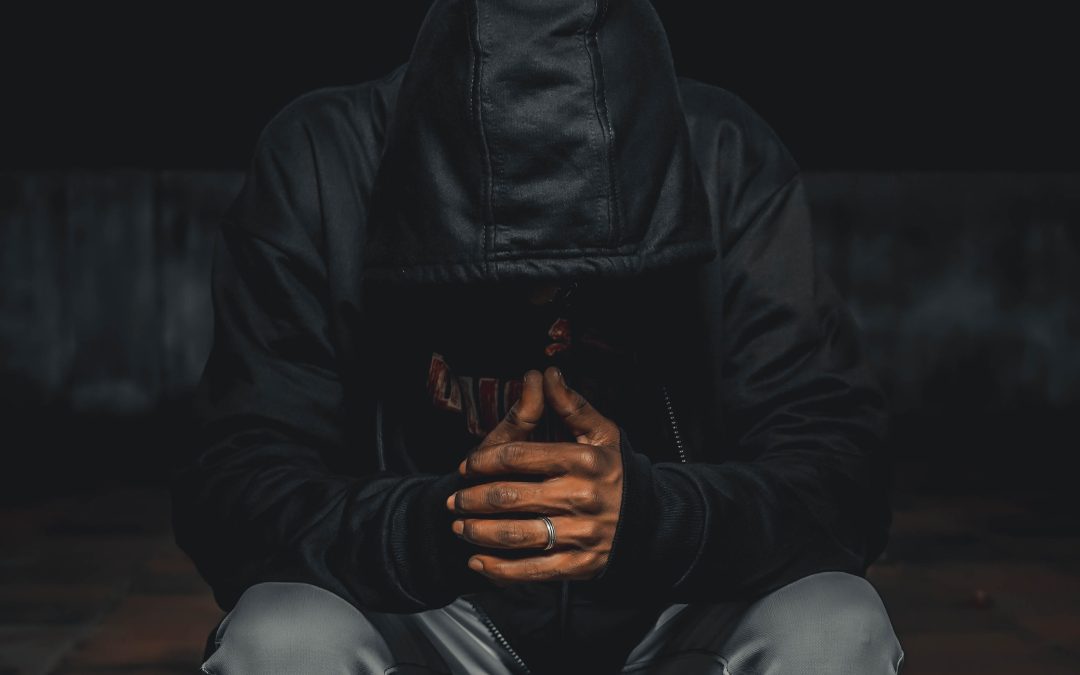 To illustrate how racism plays a role, I want to share a true story about one of Myles’ friends. Myles’ friend is Black and the experience spans a few months during which time the child turns 13. The story begins a few months after Myles died in 2018. To respect their privacy, we will call the child “Friend.” Friend is a lovely, sensitive, kind, and funny person. Friend deserves our attention, our love, and support.

Friend went through a very difficult time after Myles died. Myles’ death was not the only emotionally challenging thing Friend was going through, but it was a definite contributor. Friend was emotionally overwhelmed, and their behaviour was becoming increasingly unpredictable and reactive. Friend’s parents were deeply concerned about stabilizing their child and keeping them safe. After one particular incident, and on  the recommendation of their psychiatrist, Friend was ultimately brought to the hospital.

Going to the hospital was so scary that Friend ended up running away. Although terrified at the thought of what could be in store, Friend agreed to return. Once admitted, it was recommended that a residential intensive support program would be the best option to help Friend. Friend’s parents were understandably apprehensive with this suggestion but wanting to do everything they could to help their child, they put their faith in the medical professionals. Friend remained in the psychiatric ward for a couple weeks while the hospital and parents searched for a placement. Although the hospital kept Friend safe, the experience was very stressful and fear inducing.

Unfortunately, like many intensive support programs that are based on dated psychology and are often inflexible, Friend likens their experience in the facility to being in prison: the routine was structured  with little flexibility from the first moment Friend arrived. There was minimal  support to acclimatize.  Struggling with feelings of abandonment, Myles’ Friend begged to call home repeatedly. On one occasion, Friend pleaded to come home. Hearing their child’s distress, the parent wanted to make arrangements and told Friend to hang on – they would call back shortly. Within the ten minutes before the parent called back, things went very wrong. The facility employee would not accommodate waiting for the return call from the parent and forced Friend to return to their room. In tears, frustration, and protest, the child hit a light in the hallway and it broke. The facility employee called the police.

I imagine it must be stressful working in a residential facility for intensive pediatric mental health supports, but what happened next demonstrates a shocking lack of compassion not only from the facility employee, but from the police who responded to the call. When we consider the purpose of the facility is to provide intensive mental health supports for youth, I cannot understand why the facility employee and police did not demonstrate more compassion for Friend. Instead, the police placed the child, who was compliant and crying at the time, in handcuffs and took them to the station for processing. The parents followed, thinking they could pick their child up from the police station. At the station, the parents were told that their 13-year-old child could not be released before processing the following day and would have to spend the night in the holding cell at the police station. A 13-year-old child in mental health distress. Crying. Alone. 13 years old. Overnight in a holding cell. Take a moment to let that sink in.

Fast forward to court day. Walking along the corridor to the courtroom, Friend’s parents were saddened to see how disproportionately the population waiting in the hallways were Black People, and People of Colour. In 2018, Black People contributed to approximately 7% of Toronto’s population.

The whole experience was scary for Friend, and the judge dismissed the charge of vandalism subject to Friend completing a therapy program. So, in seeking mental health supports for Friend, the experience brought this 13 year old Black child through the hospital emergency department, into a residential facility, to a holding cell, and eventually, to participate in a court mandated mental health therapy program.

Friend’s experience provides some insights when we consider the statistics. Black people are under-represented in accessing mental health services, and tragically, over-represented in the justice system. More than 60% of Black people in Canada have reported experiencing discrimination within the past five years. We know that systemic racism erodes confidence in the institutions that are intended to serve and protect everyone. We also know that violence towards Black People has a devastating impact that causes lifelong and intergenerational trauma.

As an organization dedicated to mental health, it is imperative that our actions match our words. We pledge our solidarity with Black People and condemn all forms of violence and racism, and our initiatives support co-creating a just society for all.

For Youth: Jack.org has just launched a free virtual “Be There Certificate” for youth to learn to support someone struggling with their mental health. https://betherecertificate.org/

For Caregivers: The City of Toronto has compiled an Anti-Black Racism and Mental Health Resource.

For Educators: In this video, Steven Cook takes viewers on a virtual tour of Uncle Tom’s Cabin Historic Site, a tribute to Josiah Henson, abolitionist, preacher, and author.

Edward Kulperger, ICD.D – Founding Director, Chair of the Board (he/him)

As Senior Vice President with Geotab and a Board of Director at Bewhere Inc. (BEW:TSX-V), Edward brings a wealth of business development and organisational governance expertise to Myles Ahead.

Edward is dedicated to making a difference in memory of his nephew Myles, and will translate his innovative business strategies to drive toward filling gaps and creating effective and efficient solutions to enable more access to services for those who need it.  Edward will also be a great support in negotiating funding opportunities for Myles Ahead.

After experiencing first-hand the significant gaps in mental health services while attempting to provide appropriate supports for her son in life and at school, and ultimately losing her son to mental health, Leslie founded Myles Ahead. In memory of her son, Myles, Leslie brings over 20 years of evaluation and management system experience in generating tangible improvements through strategic program development, delivery, monitoring, evaluation, as well as policy advocacy in the environmental/energy conservation arena. By translating this expertise to Myles Ahead, Leslie is dedicated to creating a more cohesive and accessible support system for the mental wellness of children & youth in Canada, with the ultimate goal of mitigating child & youth suicide and making the world a kinder and more empathetic place for our kids.

Leslie believes in building partnerships to foster change, using an evaluative lens to identify the gaps in the fragmented mental health care system to identify opportunities and mitigate potential risks… that working together, we can create an inclusive culture based on compassion and empathy for everyone.

Mike Singleton – Founding Director, Secretary of the Board (he/him)

Mike Singleton has more than 15 years’ experience as an energy economist running a non-profit organisation focused on energy policy and resource planning. As Executive Director of Sustainable Buildings Canada (SBC), Mike is focused on building capacity through the use of hands-on activities including stakeholder Design Charrettes aimed at demonstrating the potential to improve building designs and operations through the integrated design process. This expertise can be leveraged to understand best practices and implementation opportunities to support advancing access to Child & Youth Mental Health supports and destigmatizing associated needs.

Stacey has over 15 years of experience conducting research and large-scale program evaluations in the fields of child development and mental health. She holds a PhD in Developmental Psychology from the University of Toronto, where she focused on facilitating the early emergence of executive function skills underlying mental health. Dedicated to improving access to affordable, effective, and flexible mental health care, tailored to the needs of children and their families, she has conducted research in a variety of applied, clinical settings aimed at innovation in mental health care. She uses an integrated knowledge translation approach, partnering with stakeholders throughout the program development and research process so that care is not only evidence-based but also child/family-informed. As an example of her work, Stacey developed the Practitioner Training in Child and Adolescent Psychiatry program; a child mental health education program developed with primary care practitioners to address the current gap in specialized care for children living in rural areas. Her most recent work at the Centre for Addiction and Mental Health is focused on prevention models for suicide in high-risk contexts, such as substance addiction. Stacey’s expertise in mental health program design and evaluation will be leveraged to support the development and delivery of Myles Ahead programs.

After graduating from Concordia University with a Bachelors in Early Childhood and Elementary Education, Bella then completed her Masters at The University of Toronto in Human Development and applied Psychology of Education. She has worked for the Toronto District School Board for the past 16 years, 12 as a classroom teacher and the last 4 as the Vice Principal of Clairlea Public School. As a classroom teacher and Vice Principal, Bella advocates passionately for children with special needs. She helps families identify and access available supports within the school board and in the community. Her guidance for Myles Ahead will be of immense value.

A clinical social worker and mental health lead at a downtown Toronto Family Health Team, Anseh holds a Bachelor of Social Work degree from Ryerson University and a Master of Social Work degree from the University of Toronto. Anseh worked in the children’s mental health sector for 7 years prior to focusing on youth/adult mental health treatment in a primary care setting.  Anseh has a keen interest in the fields of psychoneuroimmunology, interpersonal neuorbiology, developmental trauma and the neuroscience of mindfulness meditation.  Believing it is a privilege to be able to work with people who live with trauma and emotional/physical pain, Anseh is dedicated to helping those with whom she works to recognize their courage, cultivate self-compassion, strengthen resilience, build attuned, meaningfully connected relationships and learn to be more present and grounded. Anseh is passionate about fighting mental health and addiction stigma, increasing access to responsive mental health and addiction services and engaging in work that builds a more peaceful, compassionate and just society.