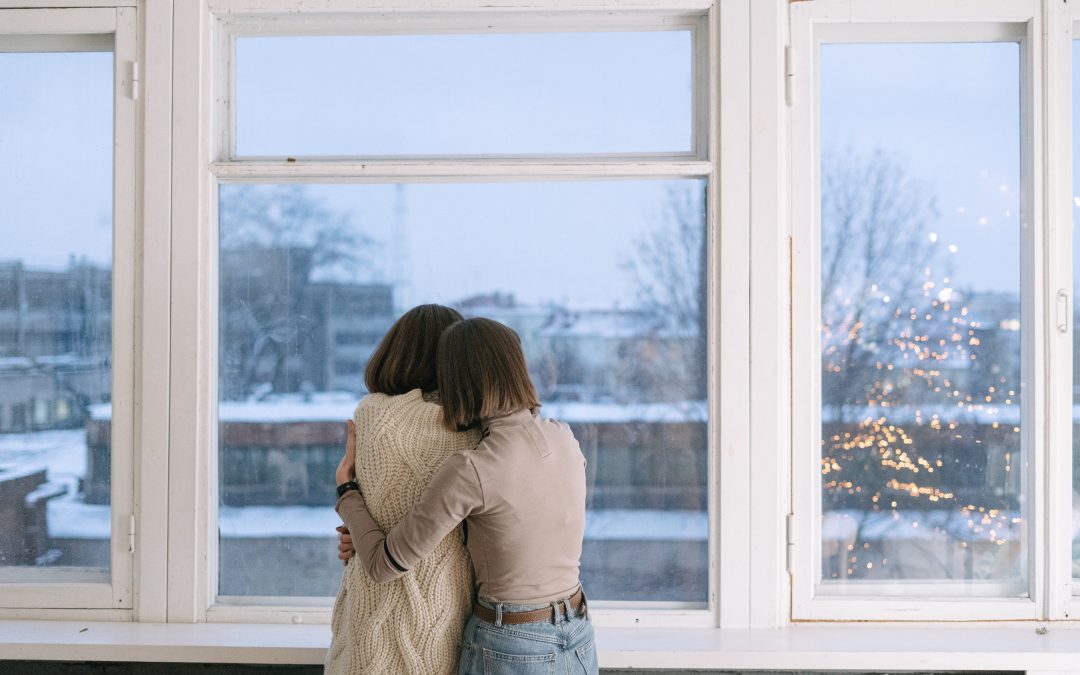 Grieving a suicide loss is incredibly complex. There are common treads that appear to be consistently picked up, revisited, woven, dissected, and fretted over as we move through that grief: the question of why, and an overwhelming sense of responsibility. To the first, there is likely never a simple answer… it is a ravishing storm without a straight line between cause and effect.

I call the second thread the “if only” sliding doors; “if only I had (fill in the blank), “then maybe”… I think everyone in the inner circle of suicide loss is likely to encounter feelings of guilt. Looking directly at the cause of guilt or blame, it is helpful to flip the sliding door scenario to “if I had known he/she was/they were suicidal, I would have (or would never have) done …” One of the biggest challenges with suicide prevention is that it is not always clear that somebody is suicidal. Sometimes there are no notable signs, and sometimes the signs are only detectable in hindsight.

KNOW THE SIGNS
Although there are not always detectable signs that indicate a risk of suicide, when they are detectable, they often include:

JUST ASK
Pay attention and don’t be afraid to talk about it if there is a concern. Studies show that if we sense someone might be at risk of suicide, asking them directly about it can actually be life saving. It is not an easy topic of conversation and deep-rooted stigma about suicide and mental health persists. It is important to reflect on our own thoughts and explore potential stigma associated with suicide; our perception will influence how we speak about suicide despite the sincerity of our desire to keep someone safe. It can be difficult to conceive that someone might actually be suicidal. Regardless of our own internal thoughts about suicide, if there is any concern, take the time to ask questions and listen without judgement. Listening non-judgementally will help to build trust so that you can work together and get help.

For Caregivers of Children: Spotting signs of suicide
For Youth: Check out Be There.org for information and guidance on how to be there for a peer.
For Caregivers of Youth: In her TEDMED talk A Simple, Powerful Way to Help Prevent Teen Suicide, Cheryl King shares insights from her experience as a Youth Suicide Interventionist and an innovated community-based intervention approach called “Youth-Nominated Support Team”.
For Educators: Check out Brené Brown’s SXSW EDU talk, Daring Classrooms

Edward Kulperger, ICD.D – Founding Director, Chair of the Board (he/him)

As Senior Vice President with Geotab and a Board of Director at Bewhere Inc. (BEW:TSX-V), Edward brings a wealth of business development and organisational governance expertise to Myles Ahead.

Edward is dedicated to making a difference in memory of his nephew Myles, and will translate his innovative business strategies to drive toward filling gaps and creating effective and efficient solutions to enable more access to services for those who need it.  Edward will also be a great support in negotiating funding opportunities for Myles Ahead.

After experiencing first-hand the significant gaps in mental health services while attempting to provide appropriate supports for her son in life and at school, and ultimately losing her son to mental health, Leslie founded Myles Ahead. In memory of her son, Myles, Leslie brings over 20 years of evaluation and management system experience in generating tangible improvements through strategic program development, delivery, monitoring, evaluation, as well as policy advocacy in the environmental/energy conservation arena. By translating this expertise to Myles Ahead, Leslie is dedicated to creating a more cohesive and accessible support system for the mental wellness of children & youth in Canada, with the ultimate goal of mitigating child & youth suicide and making the world a kinder and more empathetic place for our kids.

Leslie believes in building partnerships to foster change, using an evaluative lens to identify the gaps in the fragmented mental health care system to identify opportunities and mitigate potential risks… that working together, we can create an inclusive culture based on compassion and empathy for everyone.

Mike Singleton – Founding Director, Secretary of the Board (he/him)

Mike Singleton has more than 15 years’ experience as an energy economist running a non-profit organisation focused on energy policy and resource planning. As Executive Director of Sustainable Buildings Canada (SBC), Mike is focused on building capacity through the use of hands-on activities including stakeholder Design Charrettes aimed at demonstrating the potential to improve building designs and operations through the integrated design process. This expertise can be leveraged to understand best practices and implementation opportunities to support advancing access to Child & Youth Mental Health supports and destigmatizing associated needs.

Stacey has over 15 years of experience conducting research and large-scale program evaluations in the fields of child development and mental health. She holds a PhD in Developmental Psychology from the University of Toronto, where she focused on facilitating the early emergence of executive function skills underlying mental health. Dedicated to improving access to affordable, effective, and flexible mental health care, tailored to the needs of children and their families, she has conducted research in a variety of applied, clinical settings aimed at innovation in mental health care. She uses an integrated knowledge translation approach, partnering with stakeholders throughout the program development and research process so that care is not only evidence-based but also child/family-informed. As an example of her work, Stacey developed the Practitioner Training in Child and Adolescent Psychiatry program; a child mental health education program developed with primary care practitioners to address the current gap in specialized care for children living in rural areas. Her most recent work at the Centre for Addiction and Mental Health is focused on prevention models for suicide in high-risk contexts, such as substance addiction. Stacey’s expertise in mental health program design and evaluation will be leveraged to support the development and delivery of Myles Ahead programs.

After graduating from Concordia University with a Bachelors in Early Childhood and Elementary Education, Bella then completed her Masters at The University of Toronto in Human Development and applied Psychology of Education. She has worked for the Toronto District School Board for the past 16 years, 12 as a classroom teacher and the last 4 as the Vice Principal of Clairlea Public School. As a classroom teacher and Vice Principal, Bella advocates passionately for children with special needs. She helps families identify and access available supports within the school board and in the community. Her guidance for Myles Ahead will be of immense value.

A clinical social worker and mental health lead at a downtown Toronto Family Health Team, Anseh holds a Bachelor of Social Work degree from Ryerson University and a Master of Social Work degree from the University of Toronto. Anseh worked in the children’s mental health sector for 7 years prior to focusing on youth/adult mental health treatment in a primary care setting.  Anseh has a keen interest in the fields of psychoneuroimmunology, interpersonal neuorbiology, developmental trauma and the neuroscience of mindfulness meditation.  Believing it is a privilege to be able to work with people who live with trauma and emotional/physical pain, Anseh is dedicated to helping those with whom she works to recognize their courage, cultivate self-compassion, strengthen resilience, build attuned, meaningfully connected relationships and learn to be more present and grounded. Anseh is passionate about fighting mental health and addiction stigma, increasing access to responsive mental health and addiction services and engaging in work that builds a more peaceful, compassionate and just society.